I'm just wrapping up week two of marathon training.  It's been a good two weeks but now a change has come to my running.  Because of unforeseen things at home, I've had to switch my coach. If you know Drill Sargent and have thought about hiring him, please do.  He's been an incredible coach. He's a no nonsense coach who will happily give 100% if you are willing to also. He won't waste a second of your time on the road, if you don't waste his time in your workouts.  He helped me to get stronger, faster, build endurance and through the amount of running I was doing, I, finally, was able to lose some of the weight I needed to lose. It is with sadness that I can no longer call him my coach but he'll always be Coach to me!

On the flip side, I'll be working with a local coach, who is also one of the runners in my area that I've admired for some time.  I can't speak to JJ as a coach because we are just starting out but as a runner, she's a fierce competitor and makes it look so effortless.  She's also very involved in the local running community, which I believe will help inspire me to get more involved in local running.  I look forward to what the coming months will bring.

I'm in the middle of week two of Philly marathon training and preparing for the Hat Trick in October too. Every day the anticipation and excitement for October builds. Getting to finally meet my phone friends, is going to be like a reunion of sorts!  But I have lots of work and some PR's to set between now and then.....

The day before "DAY 1" I decided to finally give my trail Vibrams a spin. They are very comfortable, fit well, didn't shift at all on my feet and gave me good protection. Although it was a very easy trail without a lot of rocks,  there were a few that I stepped on that would have really hurt in my other Vibrams.  It's a nice trail around a lake at a local park. 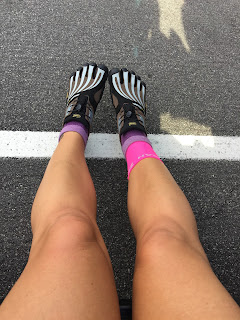 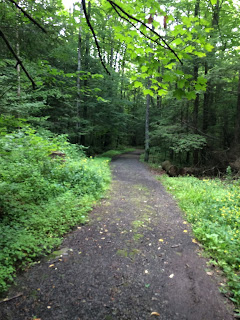 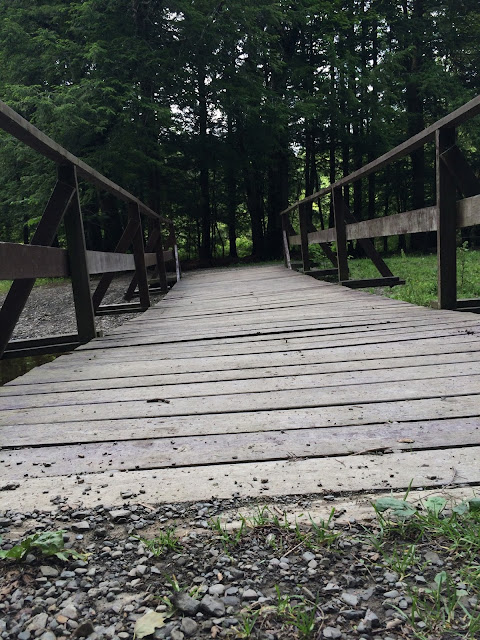 Day one of marathon training started like any other day, except for me having that knowledge, that I'm now embarking on taking on the beast of 26.2 miles again.

At least it started with a beautiful sun rise. 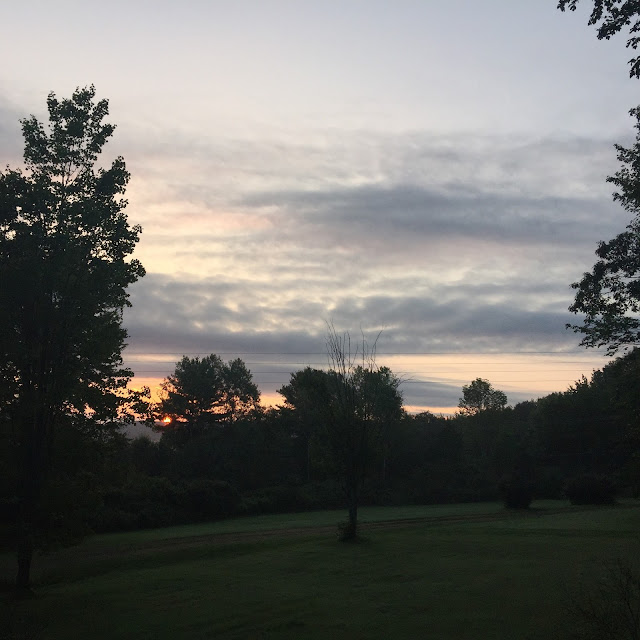 I've done track work, hill repeats, tempo runs and strength training.  Nothing too earth shattering this week. Lots of fog. Holy cow, every morning is like something out of a Stephen King novel.  The fog is so thick.

Last weekend I didn't do a long run. I did the first Hat Trick training run. The Hat Trick is the race I'm running in October. It's a 5k then a 10k on Saturday morning and then a half marathon on Sunday morning.  I waited a little too long last Saturday morning to get out there but I ran 3 miles, set a time for an hour, went home, changed into dry clothes, fueled and went back out for 4 more miles.  It was a bit too warm and sunny for the first three and black as night for the next 4. I thought for sure I was going get soaked but it never rained. 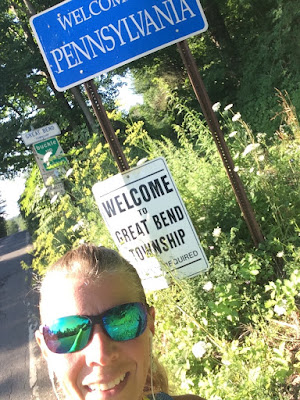 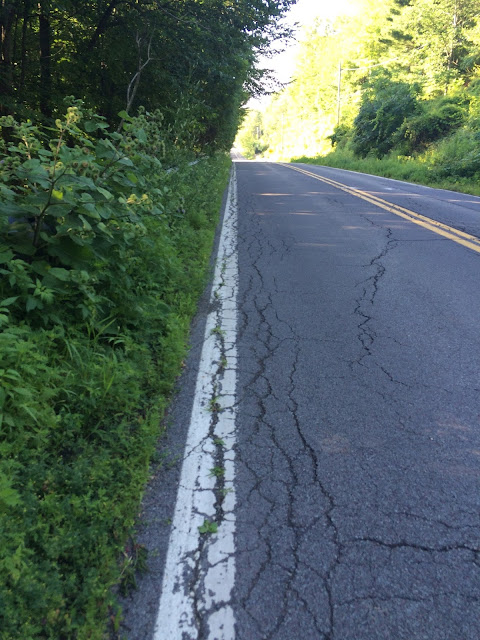 My long run, this weekend, was 12 miles out and back from my town into PA.  The roads go from a very wide shoulder, to a narrow shoulder, to no should at all. Once I hit PA I went about a half mile and decided I was tired of trying to make sure cars didn't kill me.  I turned around and headed back to NY and real shoulders.


My workout yesterday morning was a 4 mile tempo run. I'm really excited about how well this went. 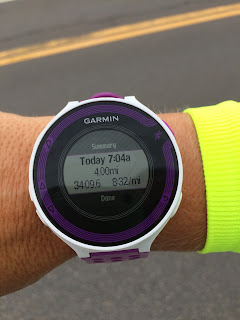 I have another 5k on Sunday.  It's a big one for me because it was my first race ever, after graduating from C25K.  This workout helped me to visualize the goal time that D.S. set before me and using his tips and suggestions from previous races, I really believe I'll be able to nail the goal time.