This is why I'm feeling all the emotions listed above- a little document called Arizona Administrative Code - Title 13, Chapter 4.

This 21 page governing document says I'm not fit to chase my dreams.

It says that a choice I made
20 years ago,
makes me unfit
to be a Peace Officer.

It's their loss, I'd make a goddamm good cop. But what really pisses me off is that my application was looked at by a human, not recruiting software that resumes get run through now.  It was looked at by a human that didn't want to take the time to look beyond the number THREE. THREE!! Three. That number took away the hope I had rekindled for my dream career.

Let me step back for just a moment and fill you in. Since I was a teen, I've wanted to be a cop or go in the military. Being a cop was always my first desire and dream. But choices I made, changed that path. I was a single mom for a few years and then life and fears got in the way.

The No Fear Project


By the time my life was settled and I could chase the dream, I was too old to apply in NY State.  I sadly shelved the dream.

Fast forward 15 plus years. My Musician and I decided last summer to move to Arizona. He sent me the job page for the City of Phoenix and I saw they had police recruits. I usually look at these types of postings, mostly out of sadness that I cannot apply. Then I saw it. Or rather, I didn't see it. No age caps! I poured over it again. I went to the Phoenix PD page to verify.  I sat there stunned with that electric feeling running up and down my spine. That's when we booked the flights for late October so I could take the written test for the PD.  Last month I turned in the extensive background investigation packet. I was as honest as I could be about everything on it because, well, I try to be honest about stuff and also would be required to take a poly based on my background investigation. 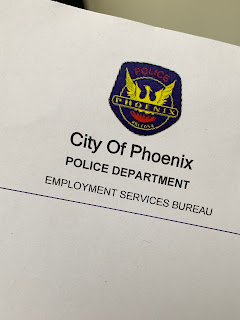 Then 2 Saturdays ago, I got the unequivocal "no".

"After a thorough review of your application, it has been determined that your background does not meet the hiring standards of either the Phoenix Police Department or the AZ-POST."

I was shattered. AZ-POST is who sets the regulations for the entire state.  I couldn't imagine what was in my background packet that could have possibly caused the door to this dream to slam so resoundingly.

I had checked the requirements. I don't have a clean past. I mean I've avoided jail and tickets but have experimented with some drugs. I was concerned about that but this is what I found:

I've smoked some marijuana. Not many times. I didn't like it. I also partied with engineers I worked with and did cocaine a few times.  I was honest on my application as to how many times I smoked pot before and after 21 years old.  I was also honest that the three times I tried cocaine I was over 21. They specifically ask this. I didn't think about why at the time but it still wouldn't have mattered, I would put the same answer again and again.

Reading that letter shattered me. I sat down and I cried.  The range of emotions that I felt was overwhelming.  I'm grateful My Musician was there for me because I wasn't handling the initial shock of it well.

Once I had my cry, the first of many this week, (cue Carrie Underwood's Cry Pretty) I started digging to try to figure out what happened.

This is what I found in the document I first mentioned:

B. The illegal possession or use of marijuana,
or a dangerous drug or narcotic
is presumed to be not for experimentation if:
1. The possession or use of marijuana
exceeds a total of 20 times or exceeds five times since the age of 21 years; or
2. The use of any dangerous drug or narcotic,
other than marijuana,
in any combination exceeds a total
of five times, or
exceeds one time
since the age of 21 years

AH, well, there it is.  Black and white. Their FAQ on the PD's website says there's no latitude to the requirements. I have a very hard time understanding the logic behind this, especially giving it was 20 years ago.

Once I kept reading though, I saw this:

An agency head who wishes to
appoint an individual whose illegal possession
or use of marijuana or a dangerous
drug or narcotic is presumed to be
not for experimentation
under this Section
may petition the Board
for a determination that, given the unique circumstances of the individual’s
possession or use,
the use was for experimentation.

So now am I not only heartbroken, I'm pissed off. I'm still not able to put all my emotions onto paper.  I had to withdraw from social media. I needed to push away all the extra stuff so I could just focus on my emotions and processing them in the most healthy way that I could. 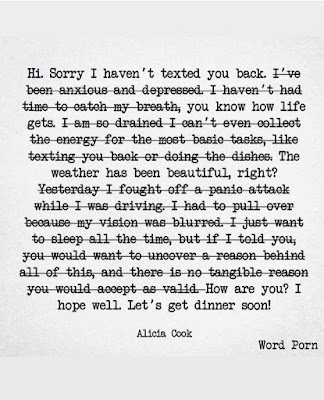 I've taken to the mountains. Running, hiking, crying. I feel at peace there. I can think up there.  I've been sorting through my emotions and trying to work though feeling so incredibly crushed. I put too much hope into this.

I feel like I was told I wan't enough.

I'm crafting a letter to the AZ Post Board, Phoenix PD and anyone else I feel might have an influence.

If I can get a wavier, get the rules changed, even if it doesn't benefit me, but some other person, it's ok, but dammit, something like this should be looked at and taken into consideration.

It's too late now to regret my foolish choices. The best thing would have been to never have experimented. But I did. I own up to that.

Now I just want to be heard, if it's at all possible.