A select few know that I spent 2016 struggling with GI issues and severe acid reflux (which I didn't realize was the issue and has since been diagnosed and treated!!) during every single run.

I was really depressed by what a stress running had become. I dreaded all my runs because I didn't know if my body would cooperate or if I'd have to dive into some bushes to avoid yet another accident. I knew running and I had to have a parting of ways for awhile but I couldn't bring myself to stop. Then I went back to work for the first time in 10 years and running got pushed aside.

Since September I can literally count on one hand the amount of times I've run. It's been good for me mentally, but not physically. I've put back on the 16 lbs I lost in the summer of 2015.  The last couple weeks have really had me aching to get back to running, especially since the acid reflux is under control.  My dear friend and running partner, Hill Diva, (let me tell you, she rules the hills around us. I love running hills but she doesn't just run them, she owns them!)  has pulled me out to run a few time. Last weekend we ran 4.5 miles. She's a good running partner. She keeps me moving and pushes and challenges me when I need it.

Today I woke up, hit the bathroom and was thrilled to have the pre-race movement us runners all want. We are always chatting about it in the running groups. Before I joined running groups I though I was all alone in my obsession with it. So I was hopeful that I was all set for the day.

I was so excited to be heading out for race 1 of the 4 part January Freeze series that our local running club hosts each year.  My Musician stayed home this time. He's not felt 100%. It was weird heading to a race without him and Tink there to cheer me on. In hindsight I'm glad they didn't come, it would have been a waste of their time. I picked up Hill Diva and off we went. First race of 2017 and we were both excited.

One and a half miles into the run my stomach started cramping. I felt that all too familiar pressure and panic of knowing I needed to find a bathroom, now.  I was devastated. I wanted to start the new year with better racing experiences than 2016 had. Of course I had to walk to avoid an accident right then. I was able run a bit between there and just past mile two but as soon I ran by the bathroom I had to stop. I hate to admit this, but once again, there was zero control. I was 10 seconds too late getting into the bathroom. In reality, I barely had an accident (unlike races last year) but it was enough that I couldn't finish the race.

My first DNF. I'm still crushed at that thought. I've had races I didn't run because of injury or under-training but I've never started a race I wasn't able to finish. I tend to beat myself up too much but I'm still not handling it well.  I'm pissed. I love to run and these constant issues are messing with that love. I've seen a gastroenterologist and she's been great with trying to figure out what's going on. I have a few ideas that I'll be testing out in the coming weeks. I have three more races coming up and I refuse to have another DNF!! Hopefully I won't have to eat those words! 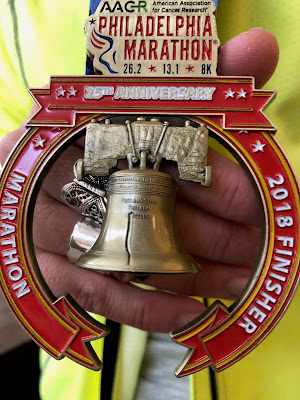